England Under 19 are likely to win this match.

England Under 19 and the United Arab Emirates Under 19 will be playing the 16th match of the ICC Under 19 World Cup 2021/22. England Under 19 have won both of their group stage games against Bangladesh Under 19 and Canada Under 19. The Young Lions would be hoping to continue the dominant run in this game as well.

England Under 19 vs United Arab Emirates Under 19, Group A, Match 16

In the 18 ODIs that Warner Park has hosted, teams have managed to score above 300 runs on eight occasions. The batters are likely to get special assistance from this pitch. It might even provide some help to the bowlers in the second half. The team winning the toss should look to bat.

Tom Prest has scored 97 runs in two matches at an average of 48.50 and a strike rate of 88.99. He scored 93 runs against Canada and won the player of the match award for this performance.

Joshua Boyden is the leading wicket-taker for England Under 19 team. He has taken eight wickets in two matches at an average of 7.5, an economy of 3.15, and a strike rate of 14.2. Boyden has picked four wickets each in the first two matches.

Ali Naseer made 73 runs off just 50 balls in the first game against Bangladesh Under 19 team. He hit five boundaries and four sixes in that match. Naseer won the player of the match award for this performance.

Punya Mehra is an integral part of the United Arab Emirates middle-order. He scored 71 runs off 76 balls in the first match and took the team’s total to 284 runs. 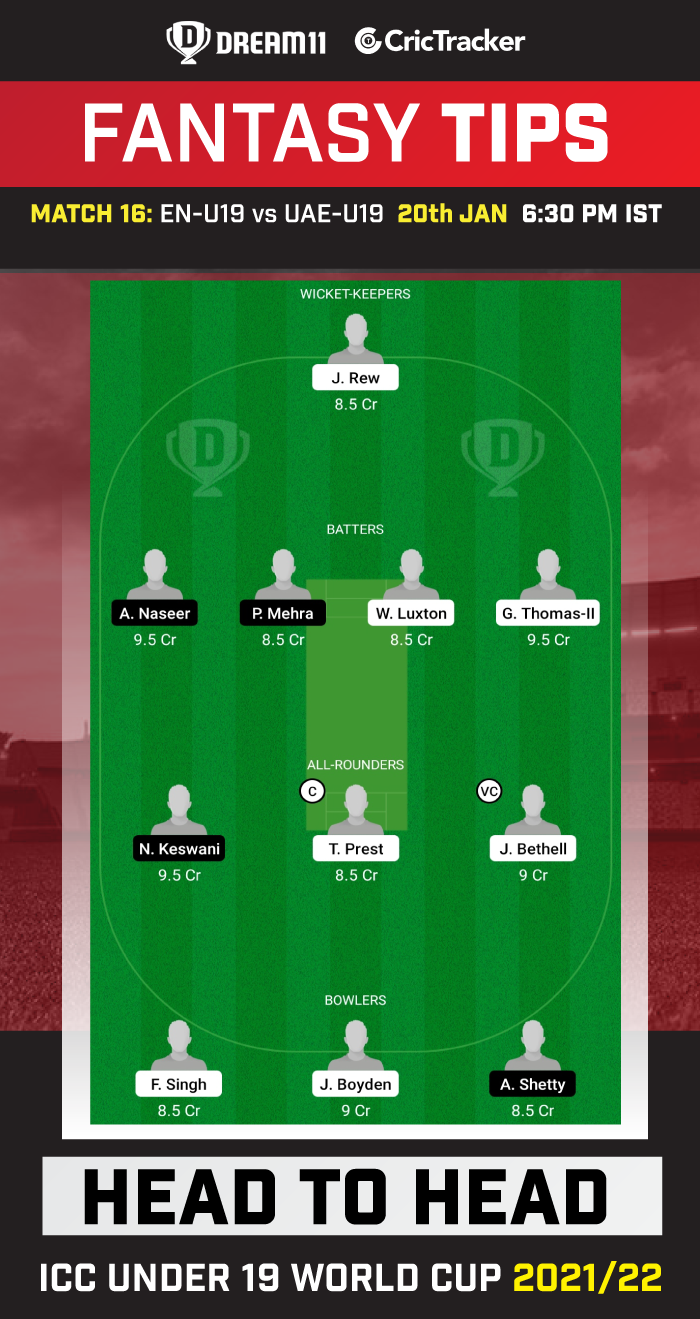 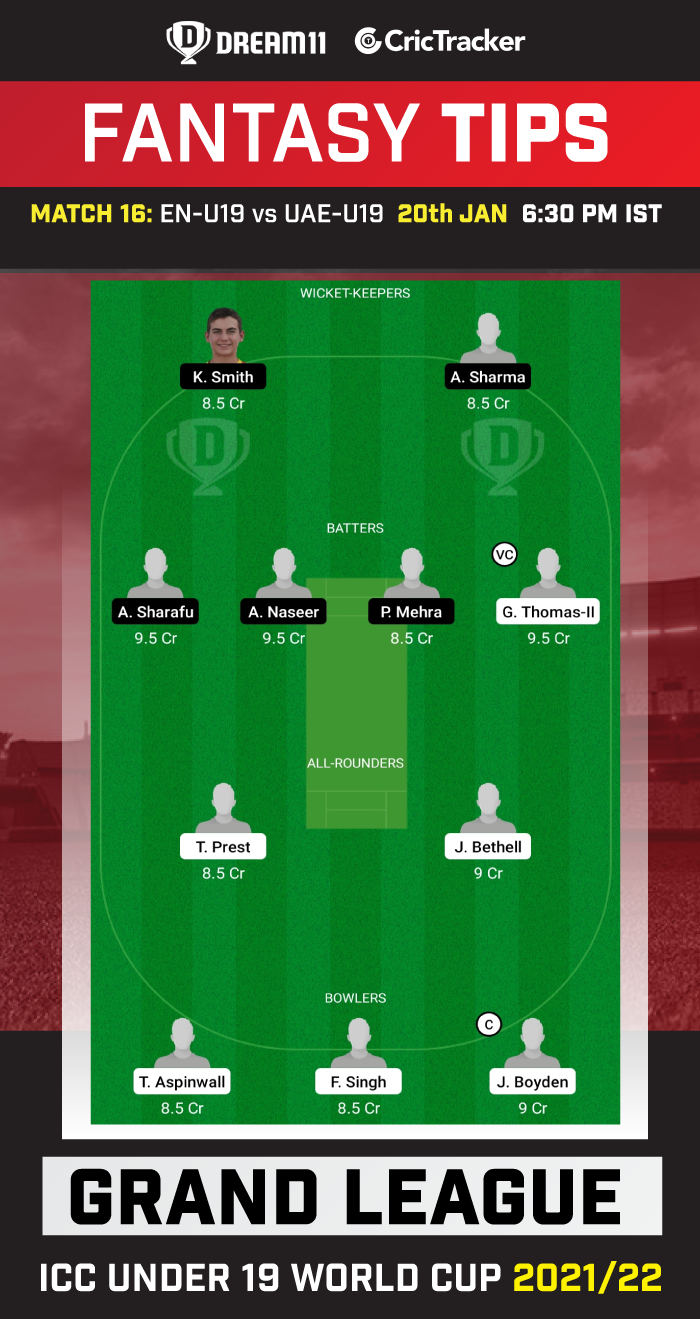 England Under 19 are likely to win this match.

Note: Updated Fantasy teams and Playing XIs of every match will be provided in our Telegram channel if the information is available.

Disclaimer: This team is based on the understanding, analysis, and instinct of the author. While selecting your team, consider the points mentioned and make your own decision.