This past weekend was Parents and Families weekend at NC State.That had lots of different activities planned but we were going for two things: 1. To see Peter. 2. Watch the football game.

Peter is rushing a fraternity this year.  His fraternity was hosting a cookout for the parents on Saturday afternoon. So as soon as we got to campus we headed straight to the fraternity house. One of the brother’s parents were manning the grill and cooking chicken quarters. It smelled delicious but we didn’t eat anything as we were going to dinner right before the game.  Since Peter’s a pledge, he had to leave an hour after we got there to go set up the tailgate at the stadium. We talked to him, met some of the brothers and the other boys in his pledge class and as soon as he left, so did we.

We headed to our hotel room to check in and freshen up and then we went to an early dinner.  We tried to go to the Cheesecake Factory at 4:00 in the afternoon not expecting there to be a wait but there were so many people waiting to get in that we didn’t even bother to see how long the wait was.  We headed to a Mexican restaurant instead. We wanted to make sure we go to the stadium in plenty of time because we got an email saying that they were short staffed and to expect long waits/lines to get in.  However, we got right in with no problem.

The Wolfpack won the game and we had a great time hanging out with Peter. 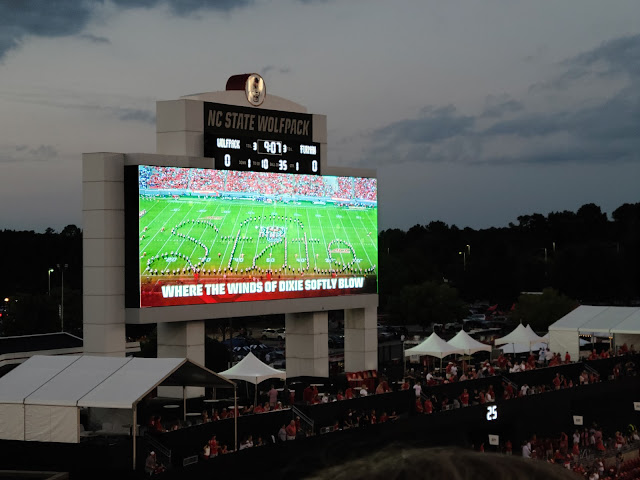 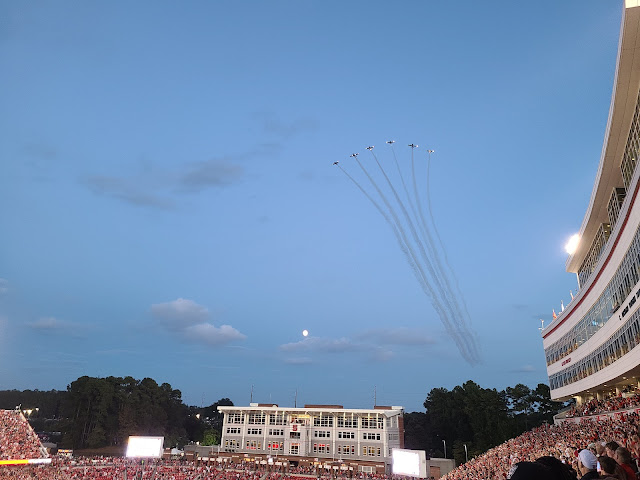 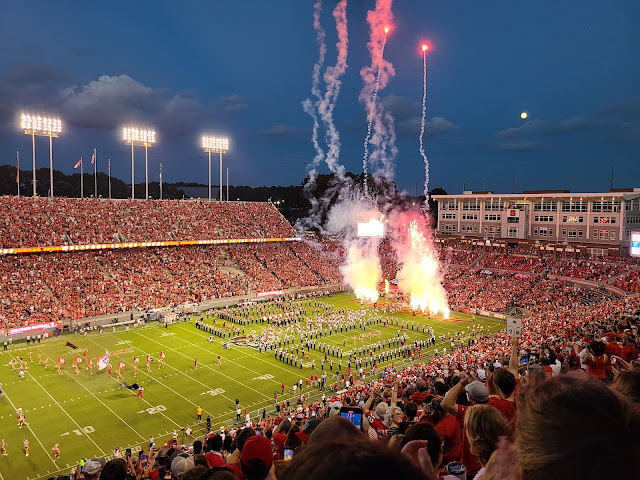 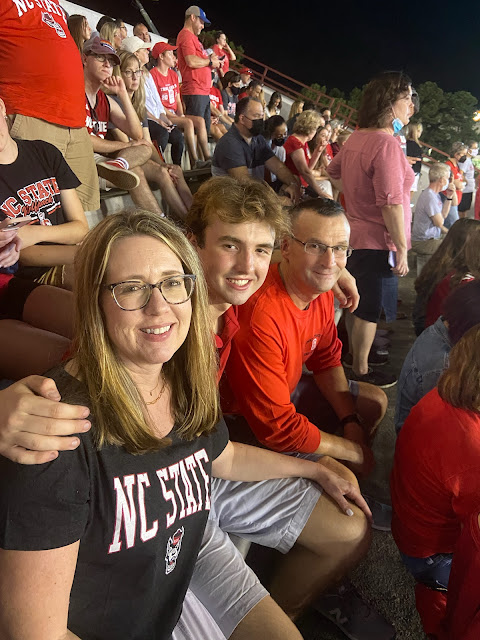 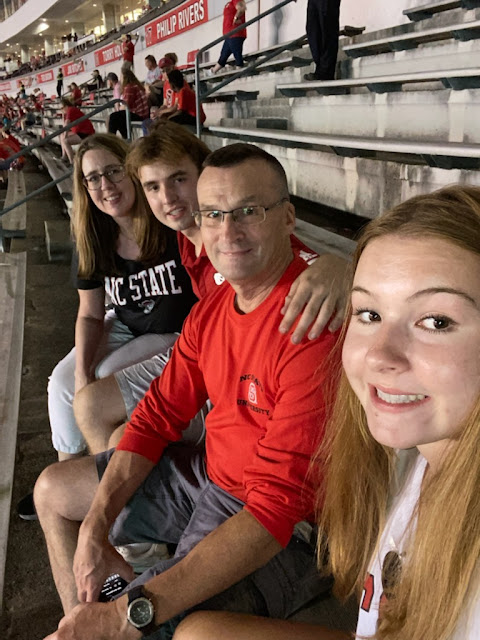 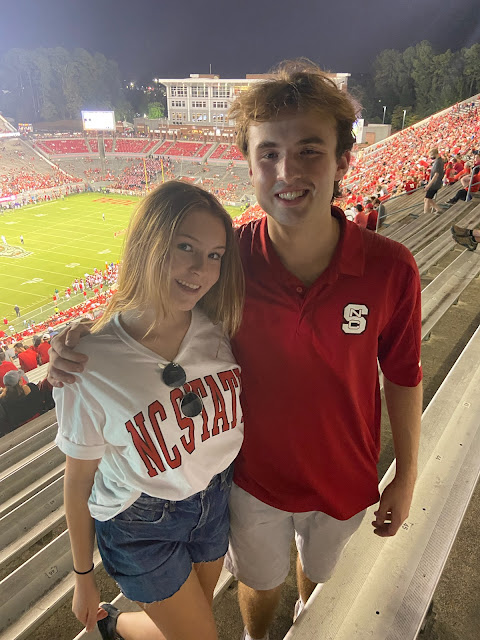 The marching band was awesome and there was a five plane flyover at the end of the National Anthem and then they circled over head and flew back over.  There were fireworks at the beginning of the game and every time they scored.  We had a really great time!

After the game we said our goodbyes and dropped Peter off at his dorm. The next morning we attended Mass at the Holy Name of Jesus Cathedral. It was absolutely gorgeous inside this church – so breathtaking.  If you are ever in Raleigh, I highly recommend attending Mass there.  And the pipe organ sounded glorious.  I swear, for a minute, I felt like I was in heaven. 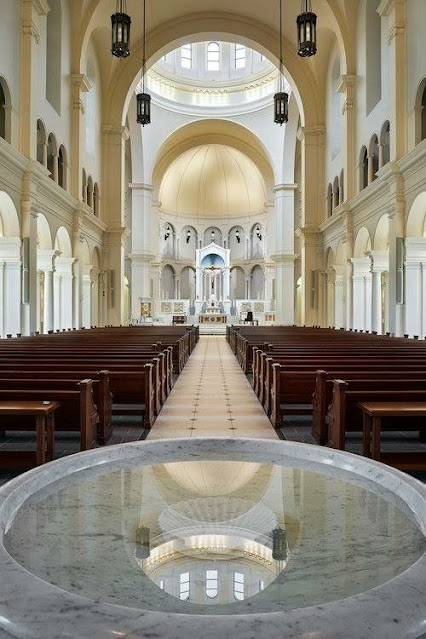 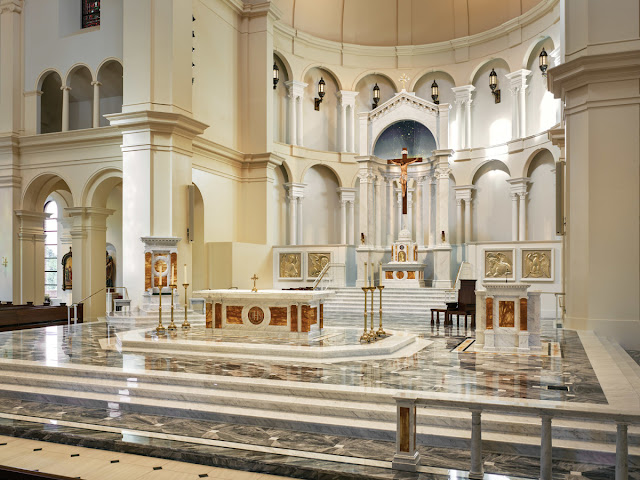 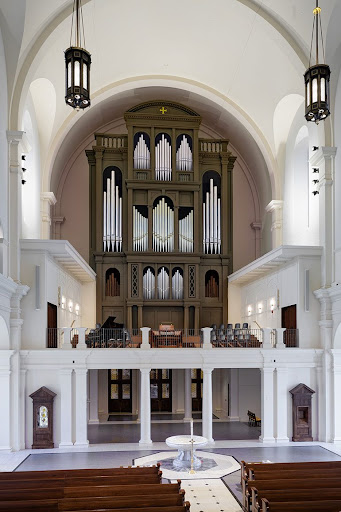 After Mass we had lunch with Peter and then we helped him do a few “errands” for his fraternity.  The pledges had to take flowers to the sororities they associate with so we took Peter to pick up the flowers and cards and then we dropped him off at the fraternity house.

It was a quick trip but it was so nice to be able to spend some time with Peter.  Fall break is in two weeks and hopefully he will be home for four nights!