Way back in the fall of 2019, Harry Styles announced he was going on tour in 2020.  Sarah was beside herself with excitement.  I planned to purchase tickets for her and give them to her for Christmas that year.

The tickets for the Raleigh show, which was going to be in August of 2020,  went on sale on November 22, 2019 at 10:00 AM. I just happened to be meeting with my care group that morning at our normal Chick-Fil-A spot. I set an alarm on my phone so I would not be late for logging onto TicketMaster to get in line for tickets.

I told my friends what I was doing and not to mind me. But being the supportive friends that they are, several of them hopped on their phones as well and when the line opened, we got in line for tickets.  My sweet friend, Kendra, had the best spot of all of us so the rest of us got out of line. Kendra got the best tickets possible in my price range with her spot in line. I was so excited and knew Sarah was going to be thrilled on Christmas morning.

She came home from school that day and was telling me that she and her friend Gabi were wanting to get tickets to the show and they were scheming different ways.  I can’t remember what they were talking about because it was almost TWO YEARS ago, but I informed her that they were already sold out but NEVER FEAR! because I with the help of my friends was able to purchase two tickets. There goes the perfect Christmas morning surprise but she was thrilled!

I had assumed she and I would go together but I could tell it would be better if she and Gabi went as I am not that enamored with Harry Styles and probably would not appreciate it enough.  🙂 I started looking at hotels in the area as I knew I didn’t want to make the hour and forty-five minute drive back that late at night. (I hate driving at night!)

Anyway, you  know what happened.  The show was cancelled in June of 2020 thanks to some virus going around and it was rescheduled to October 12, 2021. Sarah spent a lot of time anxiously stalking Harry Styles social media to make sure the tour was going to actually start.

And thankfully it did! I am not sure she could have waited any longer. It was almost a two year wait from the time I bought the tickets until the time she was able to attend.  I even told her at one point that if she didn’t want to go because she didn’t like him any longer to let me know so I could sell the tickets.  She looked at me like I had lost my mind.

Once it was clear that the tour had started, she began her quest for the perfect outfit.  She bought pink pants with red hearts on them, a red cropped tee shirt, Nikes with a pink stripe, pink and red heart earrings, and pink heart shaped sunglasses.  She also bought a pink, clear purse (all bags into the arena had to be clear).

Since Sarah is now 17 and Gabi is 18, they were more than capable of driving themselves to Raleigh. And bonus, Gabi’s older sister lives in Raleigh so the girls were able to get ready at her apartment and spend the night there after the show.

Sarah left school early on Tuesday. She and Gabi drove to Raleigh, dumped their stuff off at Gabi’s sister’s apartment and went to get their nails done.  I mean come on! A two year wait for a concert means you must have a fresh mani!

Then they ordered Panera and ate it while getting ready for the show.  They both donned their cute outfits and made sure to get to the arena in plenty of time to take some pictures before the show. 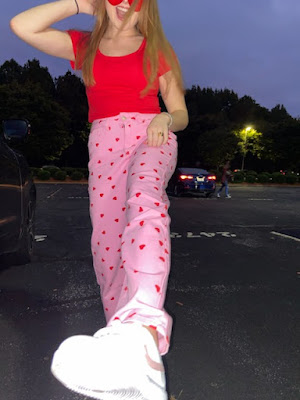 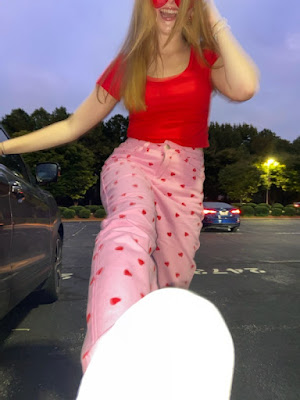 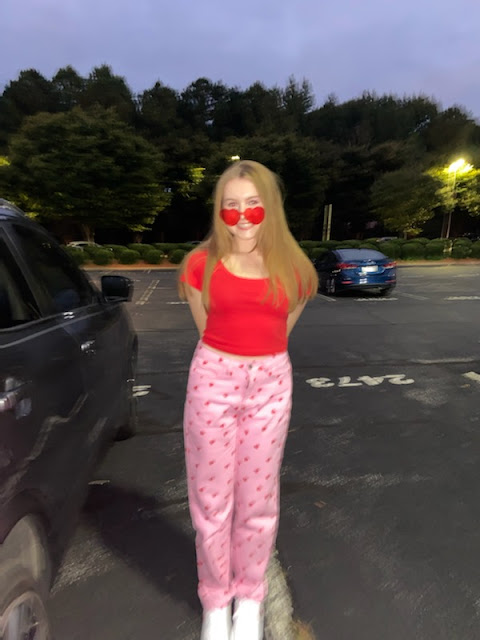 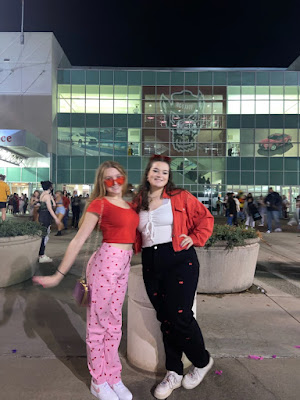 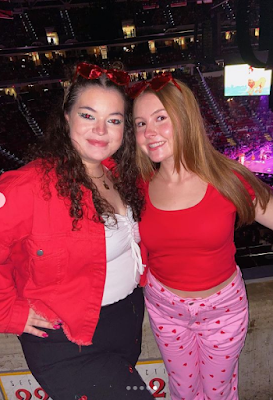 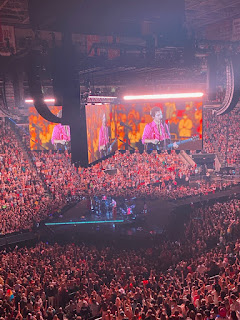 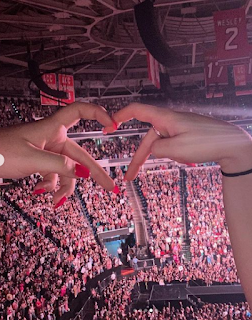 Sarah had such a great time at this show. In her own word from a text I received from her, “BEST DAY OF MY LIFE”.

I think it lived up to her expectations especially after such a long wait.